In 2006, the movie Blood Diamonds which starred Leonardo DiCaprio, depicted the human costs of conflict diamonds to a global audience. Very quickly, people became aware of the social issues involved in diamond mining and this created an international uproar against the industry.

Now, I do not want to ignite debates regarding conspiracy theories here. But I guess it is obvious that whenever big chunks of money change hands, some dirty and unethical side to any form of business might also be present.

It is not different in the case of diamonds either. Blood diamonds or conflict diamonds refer to one such aspect that gives the industry a bad name.

In this write up, we will take a closer look at what blood diamonds are and where they originate from. You will also find out what you can do (as a consumer) to prevent the proliferation of conflict diamonds.

What Are Blood Diamonds And Where Do They Come From?

In certain war-torn territories of Africa, conflict diamonds are mined and sold in order to finance the civil wars. For example, equipment for soldiers and the warlord’s activity are directly supported through income made with illicit diamonds.

More importantly, it is through inhumane methods and forced labor whereby civilians were brutally abused to achieve the goals of these bloodthirsty warlords. In the 1990s, many unsuspecting consumers didn’t realize that they were indirectly supporting the wars through their purchases.

At that time, the smuggled roughs were procured at significantly cheaper prices by getting around the regulated trading supply chains, especially via the big cartels like De Beers. During the height of the civil war in Sierra Leone, it is estimated that conflict diamonds made up 4% of the world’s diamond production.

In 2001, the trading of all rough stones originating from Sierra Leone or Liberia was declared illegal in the United States until the Kimberly Process was officially launched in 2003. Since the implementation of the Kimberly Process, it is estimated that 99.8% of rough diamonds are mined from conflict free sources.

5 Facts And Statistics About Blood Diamonds

#1 – The death toll caused by blood diamonds was estimated to be 3 million people.
#2 – Rebel groups cut off the limps of thousands of people and this included children.
#3 – Average pay for a blood diamond worker was $0.07 per day.
#4 – 15% of the diamonds produced by Sierra Leone were suspected to be illegal.
#5 – Angola, Sierra Leone and D.R. Congo were countries with the highest production of conflict diamonds.

Why Blood Diamonds Are Bad? – An Insightful Video Documentay

If you have time to spare, you might be interested to watch a great documentary on the impact of these controversial stones on African nations and communities. The entire video is about 40 minutes long and offers one of the best perspectives on the controversy.


If you are interested in making a donation to help the victims of blood diamonds in Africa, visit Hands For Africa. You can also sign a petition against unethical mining operations on the website.

Do I Benefit From Buying Conflict-Free Diamonds?

Well, from a consumer’s point of view, a diamond is just a diamond no matter where or how it is sourced. The origins of a diamond don’t change the brilliant and sparkly properties of the jewel. Yet, you can make a difference in the lives of African people by buying Kimberly Process certified diamonds.

By avoiding illegal diamonds, you can do your part by ensuring that the money earned from such revenues goes towards the development of African countries.

Properly sourced roughs create jobs for millions of people in Africa and are a vital source of income for government services like education and health programs.

Are Conflict Diamonds Being Traded in the Market Now? 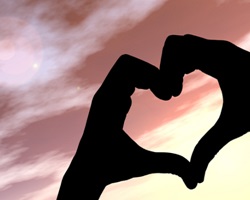 Do not support illegal diamonds that originate from dubious channels.

The short answer is No. In the present day, there are more than 80 participating countries in the Kimberley Process scheme. The strict export, import and internal controls have curbed the flow of conflict diamonds.

With that said, even though the brutal civil wars have ended and conflict diamonds are a thing of the past, violence and human rights abuses at diamond mines still remain a problem.

That’s one of the flaws of the Kimberly Process. Even though it had solved the problem of blood diamonds, there is still work to be done on ensuring fair labor, preventing human rights abuses and providing better environmental protection.

How to Ensure What You Are Buying is Really Legit?

No matter which part of the world you are in, you can ask the following questions to your jeweler when shopping for a diamond engagement ring:

1) How do you ensure that your inventory doesn’t consist of conflict diamonds?

2) Do you know the origins of your jewelry?

3) Do you have any company policies on conflict diamonds? Can I take a look at it?

4) Can you provide me with a written statement from your suppliers that guarantees these are not blood diamonds?

Of course, this list is not exhaustive and you can look up additional details at Amnesty USA. You should probably keep asking questions until you are 100% comfortable and sure of the merchant’s practices.

On the last note, we’ve come a long way to stamping out conflict diamonds. With the adoption and implementation of the Kimberly Process Certification Scheme, almost every retail jeweler and manufacturer I had come across were able to confirm the legit sources of their diamonds in writing.

Hopefully, with better awareness and continued regulations, we can all continue to enjoy diamonds that are untainted with violence for decades to come.