HomeDiamond FAQ Diamond Origins – The Story Behind The Bling-Bling…How Does the Kimberly Process Work?

How Does the Kimberly Process Work? Stopping the flow of illicit diamonds and mining.

For people who had been regularly buying diamonds or had performed some research in diamond shopping, you might have come across the term “Kimberley Process Certification Scheme” or KPCS.

The Kimberly process is a combined government and industry initiative to ensure “conflict diamonds” or “blood diamonds” are not being exchanged and sold in the global market.

The KPCS scheme was enforced in 2003 and participating countries began to implement its rules to stem the flow of illicit diamonds used by rebel forces in Africa.

So, How Does the Kimberly Process Work?

To date, the KPCS has 51 participants representing 77 countries including the European Union. In total, the member countries in the KPCS account for about 99.8% of the global production of rough stones.

In order to certify shipments of roughs, the KPCS imposes extensive regulations from its members so that only legitimate and “conflict free” diamonds enter the trade. These gemstones are given a certificate and are considered “clean” if they could be accurately tracked from its origin to the point of import/export.

Conflict or Blood Diamonds – What Are They?

Blood diamonds, or conflict diamonds/war diamonds, are usually produced by forced labor where men, women and children work under the threat of oppression and slaughter.

In underhand dealings and illegal smuggling, these diamonds were used by warlocks and rebel forces to fund military operations and purchase arms.

When the inhumane working conditions and terrible violence involved were exposed, blood diamonds became a major human rights issue in the Western world. As a result, cartels like De Beers suffered a huge backlash and public relations storm.

Benefits Brought About by the Kimberly Process

The Kimberly Process requires participating members of each nation to certify that all rough diamond exports are accompanied by proper documentation. In turn, this documentation trail helps retail customers know that the jewelry they are purchasing comes from legitimate and conflict-free sources.

Besides stemming out conflict diamonds, the entire movement had also provided millions of jobs for trade workers and prosperity in the areas where illegal activities used to occur. By supporting the Kimberly process, nations and consumers can help convert forced labor into fairly paid jobs. More importantly, the Kimberly process curbs the illegal exchanges and smuggling between terrorist or rebel forces.

What You Can Do to Support the Initiative as a Consumer 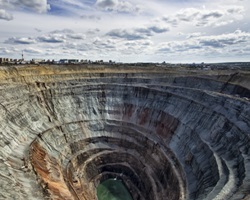 When purchasing a diamond, buyers should request the KP Certificate from their retailer. This provides the buyer with an entire history of the diamond; from mining to distribution to ownership.

It is also a good idea to ask for your jeweler’s policy on conflict-free diamonds to find out if they are aligned with ethical practices in the trade. For example, a retailer should be able to provide a written guarantee that all their diamonds are conflict-free.

Consumers and retailers alike are being asked to participate and guarantee they are not buying or selling blood diamonds in an effort to eradicate such practices. As a consumer, you can do your part too. The more you ask about the Kimberly Process within each organization, the more awareness it can create.

Although the Kimberly Process is a relatively recent initiative given the long history of the diamond trade, it was quickly adopted by jewelers around the world in order to present a “clean” image to the public.

In reality, the Kimberly process may sound nice and niffy on paper but there are debates about its effectiveness in the implementation and regulation of rules on the ground.

What I Think About the Kimberly Process – Does It Really Work?

In my personal opinion, I believe there are loopholes in this system and it isn’t a catch-all initiative. For example, rough diamonds could be stolen from mining operations or shipments and then illegally smuggled into an international diamond trade. Unless strict rules are being enforced on dealers at the bottom of the chain, there is nothing to stop these questionable diamonds from being “legalized”.

That said, while I feel that the Kimberly Process isn’t 100% perfect, at least something is still being done to curb the flow of illicit diamonds. Hopefully, as more improvements are made to the existing regulations, we can see better business practices being employed.

For further readings, here are some links I recommend checking out:

JamesAllen.com offers more than 200,000+ GIA graded diamonds that you can view with 360˚ videos. Moreover, they also guarantee that each diamond listing in their inventory is conflict-free.