HomeDiamond FAQTop 5 Most Famous Diamonds in the History of Mankind

Top 5 Most Famous Diamonds in the History of Mankind

Diamonds had always been linked to extraordinary events happening in our lives and the people around us. For that reason, there are a number of world famous diamonds (and even infamous ones) which had gained tremendous awareness and reputation through the way they affected human history.

In my opinion, it is fascinating to see how diamonds have enthralled people so deeply that they could totally change the way people think and behave. Let us take a look at some of the most famous diamonds and why they became so prominent throughout mankind’s history. This mysterious looking dark blue diamond is widely considered one of the most spectacular gemstones in the world. At a weight of 45.52 carats, it is about the size of a walnut and is believed to have Indian origins.

The Hope diamond phosphoresces in a rare red glow after being exposed to UV light and this is attributed to the traces of boron in the diamond.

Throughout history, it passed through the hands of famous people like King Louis XIV to socialite heiress Evalyn Walsh McLean. However, tragedy and misfortune often followed the owners of the diamond and the Hope Diamond gained a notorious reputation of being cursed.

In 1949, Harry Winston purchased the diamond and donated it to the Smithsonian Institute in 1958 where it is now currently on display. If you are interested in finding out more about the Hope diamond, here’s an interesting documentary I recommend watching…


Searching for an engagement ring? White Flash and Brian Gavin offer some of the most well-cut diamonds in the world. Besides diamonds cut for optimal performance, you can also find a range of ring settings made with the highest standards of craftsmanship. The Hortensia is a 20 carat pale orangey-pink diamond that has a near perfect cut and a very unique shape. Unlike other diamonds on this list, the Hortensia is small in size compared to other world-famous diamonds.

While it may not be huge in size, the Hortensia makes it into our list because of its rich history and appealing light pink hue. This diamond was named after the Queen of Holland who was also the step-daughter of French emperor Napoleon Bonaparte.

Currently, it is featured in Paris’s Musée du Louvre and is part of the French Crown Jewels. 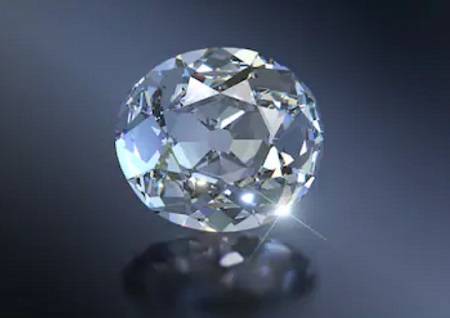 The Koh-i-Noor, or the Mountain of Light, is probably the stone most people have heard of. The interesting fact is that people do not know the diamond by appearance but rather, by the name. The reason behind this oddity is kind of grotesque in my opinion.

In the late 18th century, Joseph Hardtmuth founded a pencil company named Koh-i-Noor Hardtmuth which he names after the famous diamond. Interestingly, the company still functions in present time and manufactures thousands of pencils every day.

Even though graphite is another form of carbon, it is nowhere near as priceless as diamonds. Isn’t it ironic that one of the most spectacular diamonds has a history so tightly bound to pencils?

Anyway, the Koh-I-Noor is an oval cut stone weighing 105 carats. Its long and rich history depicts epic stories of ever-changing ownership which started in India during the early 14th century. Today, the diamond is a member of the British Crown Jewels and is kept in the Tower of London. A fairy tale romance in this stunning pear diamond.

The Taylor-Burton is a newcomer to the world of famous diamonds. Found recently in 1966, this jewel weighs 69 carats and is the biggest piece that came from an astonishing 240 carat rough diamond.

As the name suggests, this diamond has a direct relation to one of the biggest and most publicized romances of the twentieth century – the relationship between Richard Burton and Elizabeth Taylor. Richard Burton bought this diamond for his love and placed it in a ring setting as a gift.

After Richard Burton’s 1979 death, Liz Taylor sold the diamond for $2.8 million (the original price was $1.1 million), and donated a large percentage of the proceeds to charity in memory of her husband.

#5 – The Great Star of Africa; The Cullinan The Star of Africa or Cullinan I is currently the largest polished, colorless diamond in the world and weighs a hefty 530.20 carats. Interestingly, this diamond was cut from a larger piece of diamond which weighed 3106 carats initially.

Today, the magnificent pear shaped Star of Africa is part of the British crown jewels collection. It is currently set in the royal scepter and kept in the Tower of London.

World Renowned Diamonds – What Are They Good For?

Minimalists can easily say they are only symbols of greediness and materialism. In my personal opinion, I believe what they say isn’t too far from the truth. Let’s be honest with ourselves and the world. No matter how hard we try to deny it, most of us are vain to a certain extent.

While these diamonds might reflect greediness and vanity for many people, I would rather say that they reflect the wonderful complexity and beauty of human fate. If you are looking for a beautiful diamond ring, make sure you check them out for yourself!

I hope you found this write up interesting. Did you agree with our list of the top 5 most famous diamonds in the world? Which diamond do you think deserve to take the top spot? Leave a comment to let us know!