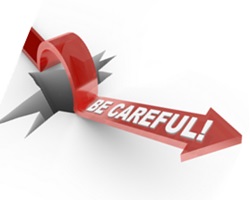 For most American consumers, you probably trust that the food you eat every day poses no threats to your health. After all, the Food and Drug Administration (FDA) exists to enforce regulations and performs regular checks on everyday stuff we use.

What about the diamond marketplace? In contrast, the industry isn’t subjected to the same level of scrutiny even though jewelry purchases often involve large sums of money!

If you are a novice shopper, your best form of assurance comes via grading reports issued by gemological labs. Yet, the dependence on grading reports works like a double-edged sword and leaves room for abuse.

Unresolved Problems With the Industry Most People Are Unaware Of

As mentioned on the earlier page, each lab applies different criteria and standards when performing an assessment. To add to the confusion, some gemological labs even use the same terminology inside their report. This gives consumers a false impression that all labs are the same!

When trying to sell low quality diamonds, unethical jewelers will feed bullsh*t reasons to unsuspecting customers by claiming it costs more to send the diamond to GIA or that you are “buying a diamond and not a piece of paper”.

The sales pitch by the jeweler will usually go like this: “Since both GIA and EGL diamonds are rated with the same grades, why would you pay more for a GIA diamond just for a piece of paper? You will get a bigger discount if you bought a non-GIA diamond instead.”

As an insider to the industry, let me be absolutely clear that the choice of lab reports used is based on careful decisions to manipulate profits. The fact is, it is not expensive to certify a diamond at a reliable lab GIA or AGS (fyi, it’s only about $100 for a 1ct diamond).

The real reason why a jeweler is pushing you towards a non-GIA diamond is to bank on your stupidity and to rip you off. On the surface, you are seemingly getting a better deal for a diamond that’s rated highly by EGL. But the truth is, you are buying a diamond with far lesser quality at higher prices!

And that’s why unethical jewelers want to sell diamonds with questionable EGL or in-house reports.

It’s no coincidence reputable retailers NEVER use labs which deliberately over-grade diamonds. In the trade, every jeweler worth his salt understands this problem. The same level of understanding couldn’t be said for the general consumer who probably has a hard time learning about the 4Cs, let alone the differences between labs like GIA or XXXXX gemological labs.

EGL and IGI Stones? You Better be Wary… EGL’s grading report is unreliable and you cannot trust the grades.

EGL and IGI are 2 of the international labs that have relatively lax grading standards. I singled both of them out because it’s very likely you would come across diamonds with these grading reports in jewelry stores.

Typically, clarity and color grades of EGL/IGI diamonds are off by at least 2-4 ratings if the same diamond was to be graded by GIA or AGS instead. For example, a diamond graded to be G color by EGL/IGI might probably be graded as an I color by GIA/AGS. The same goes for diamond clarity grading. A stone that is graded as S11 might end up being an I1 grade when it is certified by GIA.

When you shop around for diamonds and compare prices with similar specifications, you will see find that EGL diamonds are less expensive than those graded by GIA or AGS. The point here is that you are NOT getting a better deal with EGL.

You just appear to pay less because the diamond is of significantly lower quality than it is described to be. In fact, if you foolishly buy the EGL diamond, you are going to be overpaying for inferior quality!

Why You End Up Paying More With An Obscure Grading Lab Report?

To illustrate this, an F color VS2 EGL ideal cut round with no fluorescence will retail around $5000. Compared to a similar stone from GIA, it would cost you around $7300 instead. Since both grading reports state the same ratings, it’s easy to be duped into going with the “cheaper” option.

But do you really think you have gotten the deal of the century with the EGL diamond?

Let’s say you purchased the stone and decide to send it to GIA for a re-grading. One month later, it comes back as an I color SI2. Guess what? That’s when you know you have been screwed by your jeweler. The retail pricing for a 1 carat GIA I color SI2 is around $4,600 and the jeweler had just profited an additional $400 because of your ignorance.

Now, I want to show you how grossly inaccurate the grades of an EGL diamond can be. The 1 carat diamond below was graded as a VS2 by EGL and the inclusions under the table stand out like a sore thumb.

How did this diamond receive a VS2 rating with obvious inclusions like these?

This is s a sham and you don’t need to be a professional to see that there is something wrong here. This diamond would at best have gotten an SI2 grade at GIA because of its dark inclusions and multiple reflections within the body.

Wait, What About In-House Labs?

In-house grading labs are another can of worms better left unopened. You will usually see that diamonds graded by an in-house appraiser (if you are buying from XYZ Company and the diamond is graded by XYZ Company) are insanely cheaper.

Most of the time, these stones are also graded significantly lower than what AGS or GIA would. In my opinion, they are even worse than IGI or EGL for that matter.

You see, nobody likes to buy an I2 clarity Q color diamond graded by GIA. However, the diamond can be “magically” transformed into a K color SI1 simply by slapping an in-house report that “certifies” it to be of higher quality.

With in-house certificates, jewelers can call the diamond whatever it wants so that it can be better marketed. Effectively, you are still paying for a lower quality diamond. Don’t get suckered into a deal thinking that you had made a very good purchase.

My advice? Stick with diamonds graded by GIA or AGS only. This way, you will know exactly what you are paying for and that the diamond has been accurately described. Nothing more, nothing less.

With over 200,000 GIA certified loose diamonds, James Allen and Blue Nile are the ideal places to shop for your engagement ring. The 360° videos provided for each diamond lets you scrutinize and inspect even the smallest of details with ease. 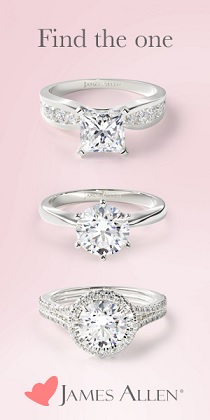